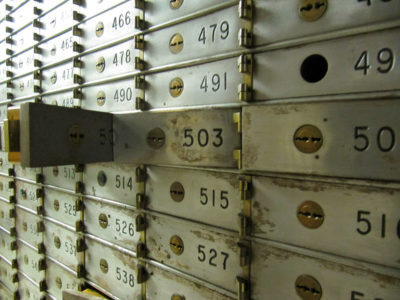 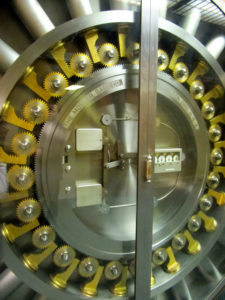 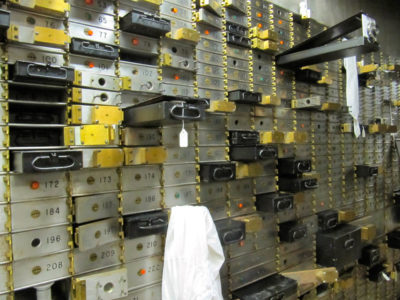 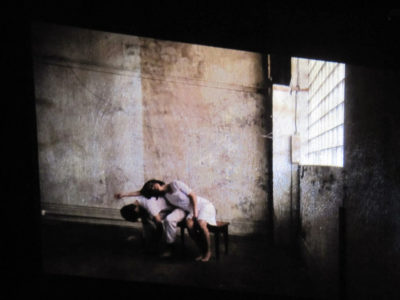 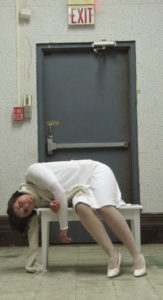 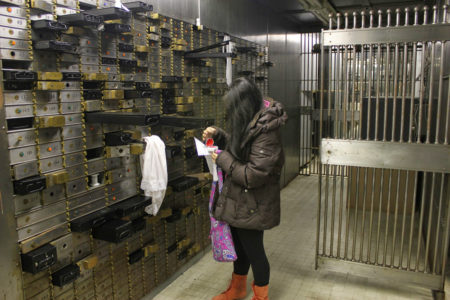 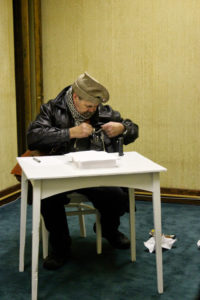 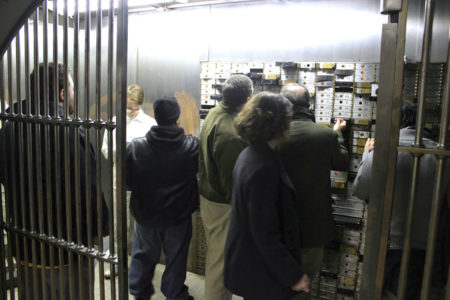 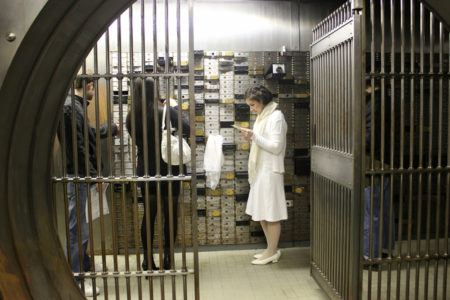 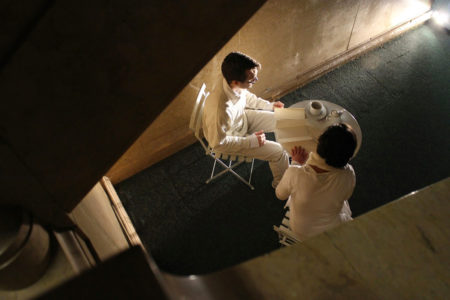 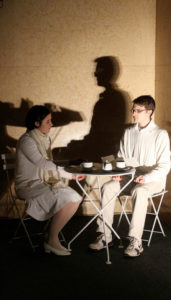 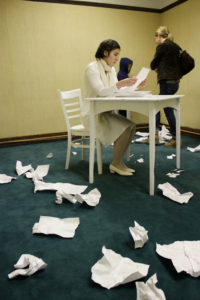 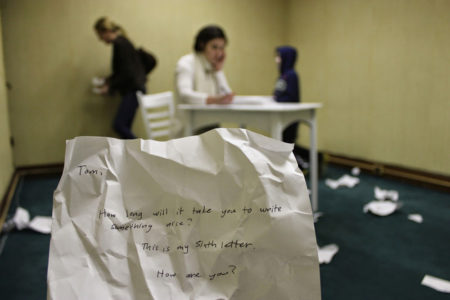 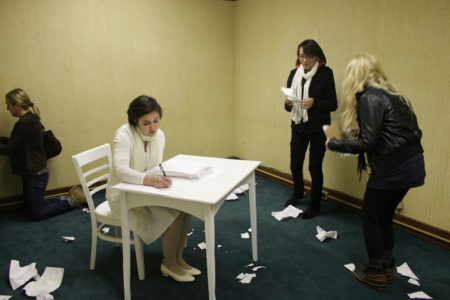 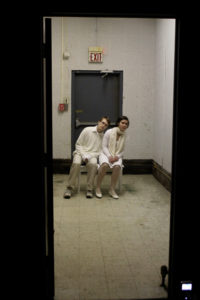 A satellite project of the Letter to the World series, Savings is an interactive performance installation exploring the corroding effect of time on a slowly fading relationship. Set in an abandoned bank, the 4-hour performance focused on two characters, Anna and Tom, and took place in six different installations in locations including the bank vault, and a grand marble staircase. Viewers could enter and exit the work at their own discretion, and chose the order and length of observing each vignettes. Audience members explored the many small artifacts of Anna and Tom’s relationship housed in safety deposit boxes. In another room, Anna wrote letters to Tom, unfinished and crumpled. When Anna left, Tom would enter, open the discarded letters that were never really meant for him to read. Faded video projection of Anna and Tom mirrored the performers’ deflated movement in the stark lighting of the bank.